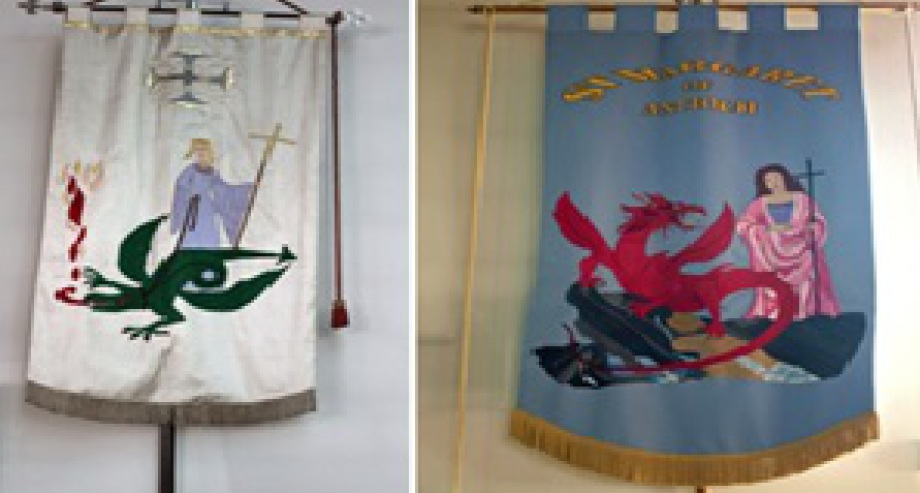 Following the death of her mother soon after birth, Margaret was brought up by her nurse, Theotimus, a devout woman who introduced Margaret to Christianity.

Her father was a pagan and when Margaret became a Christian, her father disowned her and Theotimus adopted her.

Margaret grew up to be a great beauty and became a shepherdess for Theotimus.  One day, whilst tending her flock a Roman prefect, Olybius, saw her and became infatuated with her.  He ordered his servants to kidnap her.

However, Margaret refused Olybius's advances and proposal of marriage.  He was furious and charged her with being a Christian.

She was tortured and imprisoned and the legend says that she was visited by the devil in the form of a dragon.  Apparently he swallowed her but the cross she carried in her hand irritated his throat, resulting in Margaret being expelled from the dragon.  This is why the two banners we have in church depict St Margaret with a dragon, holding a cross.

Unfortunately, Margaret was beheaded for being a Christian.  At her death, she prayed that women in childbirth would, upon calling her name, be delivered of their child and, as such, St Margaret is the patron saint of expectant mothers, nurses and midwives.